Ask anyone what is one of their dream destinations and there is a very good chance that they will tell you that they have always wanted to go to Hawaii. Every single year, around 8 million tourists visit Hawaii, spending over $14 billion between them. Why do so many people want to visit Hawaii? Well, keep on reading and you will definitely find out why. 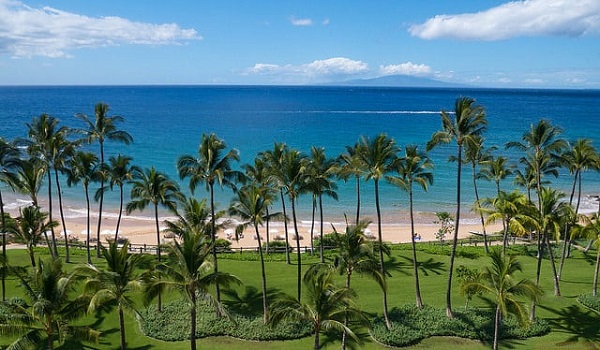 The Weather is Fantastic

When planning a holiday somewhere, one thing that is on most of our minds is finding a place that has good weather. Hawaii is certainly one such place. In fact, it is not an exaggeration to say that Hawaii can give you some of the best weather in the world. The temperature will remain consistent throughout the year and you will never go too long without sun when you are visiting the Hawaiian Islands. When there is a trade wind blowing, the cool breeze will help to create the perfect paradise.

The People Are Really Friendly

All vacation destinations in the world will have a select bunch of people who do not like tourists, but it is safe to say that they are few and far between in Hawaii. One of the reasons for this is because the tourist industry is huge in Hawaii and every family will have someone that works in it. However, a bigger reason is that the Hawaiian people have the “aloha” spirit. When you are visiting Hawaii, it is safe to say that you will not have any issues at all with the local people.

There is So Much Culture

Everyone in Hawaii is a minority. Alongside the first Hawaiians, who sailed to this island from Polynesia, the Hawaiian Islands have attracted people from all over the world such as Chinese, Caucasians, Japanese, Latinos, Filipinos, and Hispanic. All of these groups of immigrants brought their own unique cultures with them. As a result, Hawaii is now a melting pot of cultures and a quarter of the population declare that their ancestry is made up of 2 or more races.

The Islands Have a Long History

Polynesians landed in Hawaii ten centuries or more before Christopher Columbus arrived in what he declared as the New World. Then, back in 1778, Captain James Cook “discovered” the islands. The early 19th century saw missionaries arrive from New England. Around 100 years after all of the islands were united by King Kamehameha I (1795), the monarchy was overthrown by white ministers, businessmen, and planters, creating what was known as the Republic of Hawaii. This Republic lasted until 1898 as Hawaii was annexed by the United States. In 1941, the Japanese attacked Pearl Harbor and the US were brought into World War II. Hawaii became the 50th state of the US back in 1959. So, as you can see, there is plenty of history that can explored on the Hawaiian Islands.

The Beaches Are Stunning

There Are Plenty of Ocean Activities

Obviously, where there are beaches, there is the ocean and Hawaii has plenty of ocean activities that you can partake in. If you are an avid surfer, then you will be happy to hear that Hawaii is home to some of the best surfing spots in the world. If you prefer to get under the water, rather than on top of it, then scuba diving and snorkeling is a must because there is such an abundance of fish and other marine creatures. However, if you would much rather stay dry, then you can go on a whale watching tour, fly high above the water on a parasail, watch the sunset and have dinner on a boat, and do some deep sea fishing.

You Will Taste Great Food

Nobody wants to go on vacation and spend the next two weeks eating rubbish food. Thankfully, you will not be doing this if you decide to take a trip to Hawaii. We already mentioned above that the Hawaiian Islands are a melting pot of different cultures, so when you have many different cultures, it stands to reason that you will have a variety of great food. When you return from Hawaii, you will be dying to go back just so that you can eat all of that delicious food again.

The Volcanoes Are a Sight to See

Every Hawaiian Island was formed from a hotspot on the ocean floor. The Hawaiian Islands stretch for more than 1500 miles and they are constantly moving away from the hotspot, with new islands cropping up. All of the islands that have moved away from the hotspot over the centuries have a reminder of their volcanic birth. For example, on the island of Kauai, tourists can take a helicopter trip into Mt. Waialeale. On the island of Oahu, you can hike right up to the peak of Diamond Head to get some stunning views. If you are on the island of Maui, then you must take a drive up Haleakala. The most popular volcano on all of the islands is Kilauea, which is found on the main island. This volcano has been constantly erupting since 1983.

There is Stunning Scenery

When you go on vacation somewhere, you will want to go somewhere where you can see things that you will not be able to see in the city that you live in. Nowadays, many of us are after that perfect picture for social media pages such as Facebook or Instagram. We love nothing more than uploading a photo of ourselves with a stunning background to make our friends and family members a tiny bit jealous. Well, when it comes to fantastic scenery in Hawaii, it is fair to say that you will find more than enough to fill up your mobile phone with some brilliant photographs. As well as making your friends and family a bit jealous, these photos will also serve as a reminder of your fantastic trip to Hawaii.

The Shopping is Good Too

When you think of shopping in Hawaii, you will probably start to think about those straw dresses or those colorful Hawaiian shirts, but if you are a shopping lover, then you will be happy to hear that shopping scene in Hawaii is a lot more than just cheap souvenirs. On the island of Waikiki, for example, you will find high-end stores such as Hugo Boss, Bottega Veneta, Chanel, Gucci, and Louis Vuitton, to name but a few. You can stumble across some fantastic markets where you will be able to purchase some great products that have been hand crafted by the locals. Whatever your budget, you will definitely find something to take home that will always remind you of your trip to Hawaii.